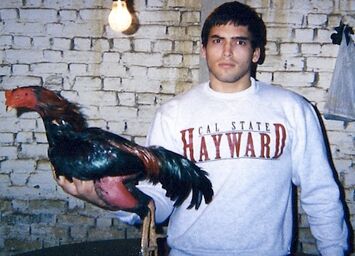 a foto Galo bem treinado para briga
locale Vitória da Conquista
ano 1999
​
The Champion rooster needs training everyday on the farm. He must fight well with the gloves before he is ready to fight with the blades. Practice. More Practice. PREPARATION a lei do campeão.​ JIU-JITSU CARLSON GRACIE para sempre. Ta nas veias !
​ 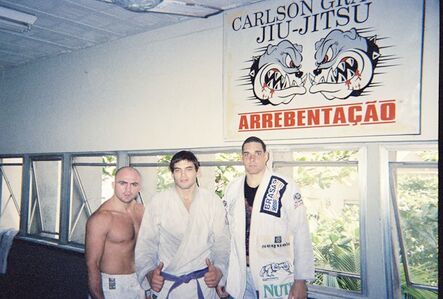 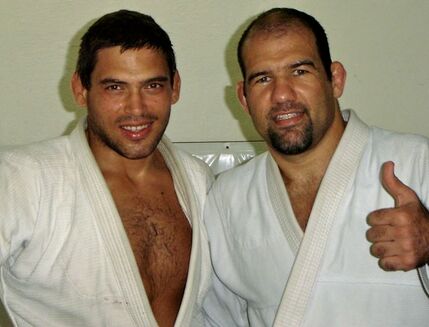 a foto Dustin Denes and Fabio Gurgel "The General"
locale Vila Olimpia, São Paulo BR
ano 2008
​
In 2008, I took a trip to São Paulo to put my kimono game to the test for a couple weeks. Understand, for the better of 2002 through 2007 most of my Jiu-Jitsu training was without the kimono and geared for real fighting. This trip was a coming back to say, in the kimono. It really put my vast experience and knowledge to the test. For the one's reading this CHALLENGE YOURSELF

Fabio Gurgel was very nice. He sat me down on arrival and we had a pleasant conversation. At one point I shed tears, ashamed of myself for spending so many years away from the kimono. The kimono is the roots, traditional uniform for study and combat.

Let's get on with the training. I trained everyday for weeks in the competition class at Alliance SP. They were excellent at making points for competition, but lacked submission skills. I trained there for a couple weeks diligent and only tapped one time. Need to tap more to get better. I trained with the best guys, and so many matches played out the same. I would be down on points for so many minutes then score a TERROR-LOCK or lead them to doom via CHIMA-LOCK (equivalent of a Cannon hybrid lethal injection). Both masterpiece moves of my creation. Both proved successful over and over again, versus top-level competition.

The competition team knew who I was. They all knew I choked out their golden boy Marcelo Garcia in the finals of the Brazilian Championship. For that reason, they all came at me to win. I had no choice but to use my tools. Gurgel's second in command saw me unleashed. He avoided me, smart guy. I was lining him up for doom.
​
FOR THE DESTRUCTION OF HIS HERO link here
"Words have no power to impress the mind without the exquisite horror of their reality." Edgar Allen Poe
I must've trained with 30-40 black belts at Alliance SP, and the best guy was a brown belt at the time Leo Nogueira. It was a real pleasure training with him. He gave me hell in the kimono! I loved it! I remember my last day being busted up from all the hard training. I almost didn't train, but ultimately I masked my injuries with heat and went after him that final day. He was all over me those days in the kimono, but the last was a No-Gi day. I was man on a mission. Helluva fight! CHIMA-LOCK Respect earned!
​ 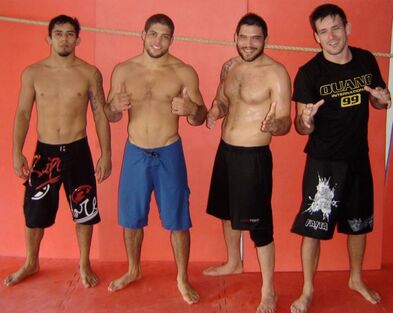 Where and with whom you train with is one of the most important decisions you'll make. It's a conscious choice. Be smart!
TESTIMONIAL

“Dustin is the king of motivation and understands his game better than almost anyone I’ve ever studied with. His deep knowledge of the fundamentals and unmatched intensity make him a legend!” Josh Griffiths, Clockwork BJJ NYC
Enough with enemies and friends, let's return to the roots. 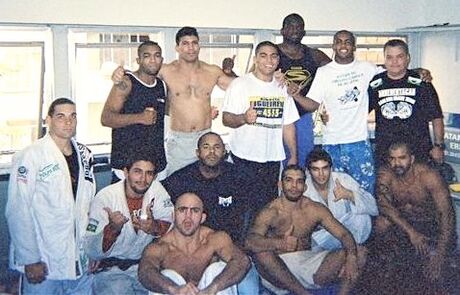 Enjoi the vid and play it loud, Jiu-Jitsu é paz // Jiu-Jitsu is peace
"Science has not yet taught us if madness is or is not the sublimity of the intelligence." Edgar Allen Poe
Jean Michel Basquiat preferred Ravel Bolero link here
VANDAL KIMONOS link here
Быть знаменитым некрасиво. 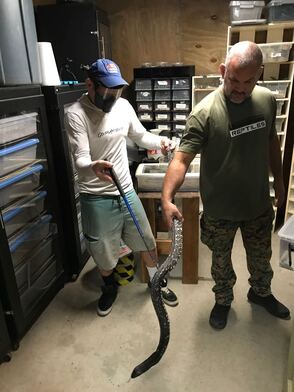 a foto Thai cobra black n white spitter
can't get hit by her! Game over.
Proudly powered by Weebly